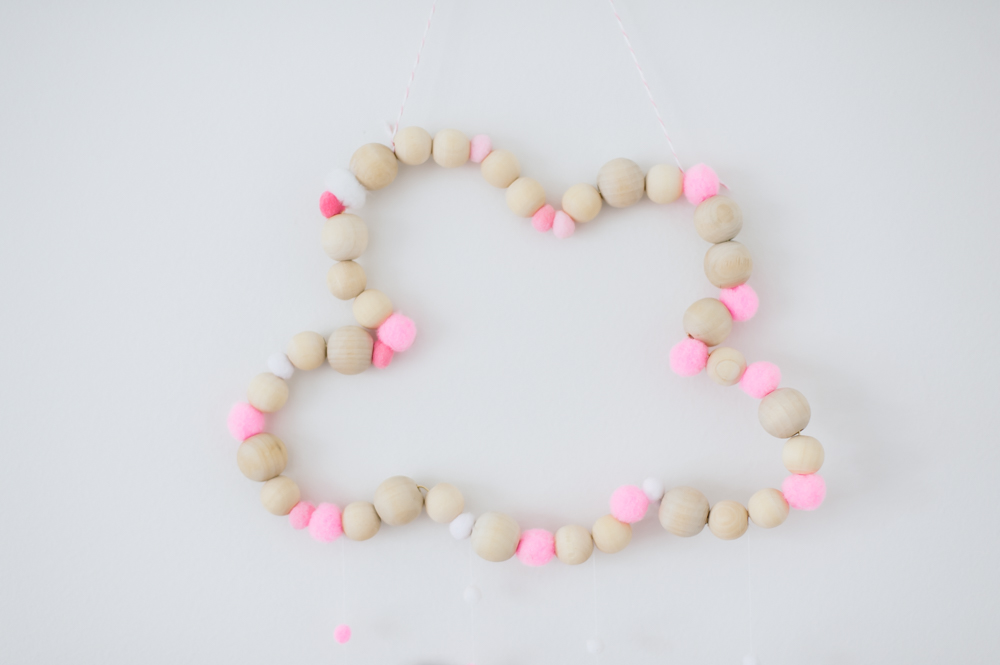 Yes, it’s true, I am STILL working on Ellia’s room! It is pretty much finished now, just a few last minute DIY’s and waiting on a sunny day to take some photos of the whole room! I really wanted Ellia’s room to be fun and playful and reflect our love for the outdoors and the Whimsical California Desert theme. I’ve always been a big fan of the cloud motif, and when Little Letter Lights Co sent us this cloud marquee light I decided to incorporate a few more cloud elements. I first made a paper mache cloud mobile and then last night while I was watching the season premiere of Banshee, I decided to make a simple wire cloud mobile because I needed something to hang on the cute bunny hook I bought a few months ago and never put up.
Materials:
needle nose pliers
wire
wooden beads – Michael’s
mini pom poms (optional) -Dollar store
needle & thread
string 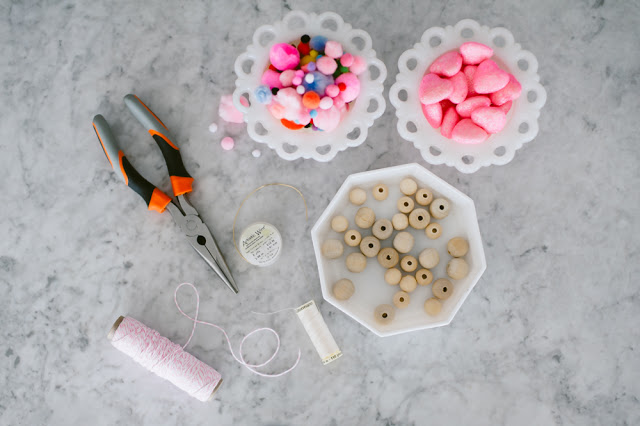 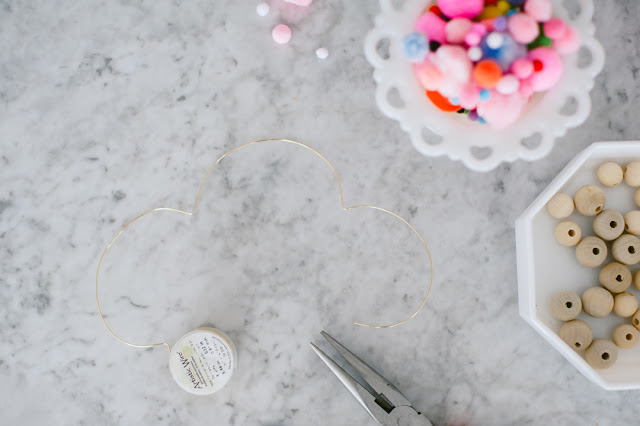 Add wooden beads and pom poms if you like! You can also paint the beads, like I painted them for a garland below, if you want instead of adding pompoms or you can just leave it totally plain. 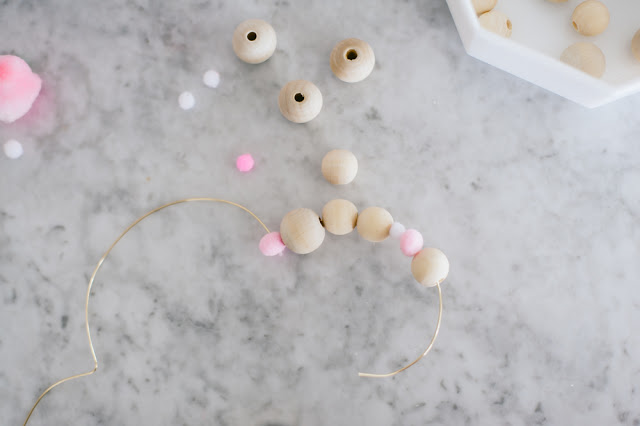 Once finished the cloud, take the needle and thread and use mini pompom to make little  “rain drops” in any colours you want. I also added these styrofoam hearts I found at Michael’s over Valentine’s season, but you could just do pompoms. 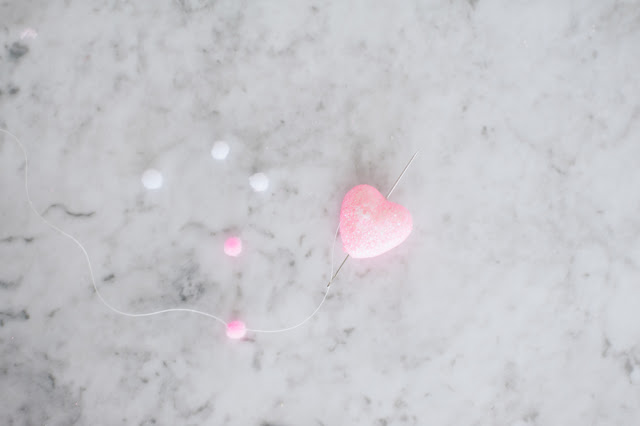 I made four of these strings at varying lengths. Then to attach I just wrapped the string around the wire between the beads a few times and tied off and cut. I then took another piece of string and attached it at two places at the top t form a loop for hanging. 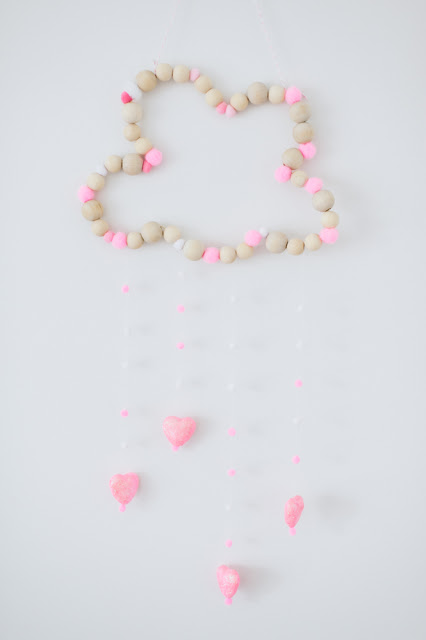 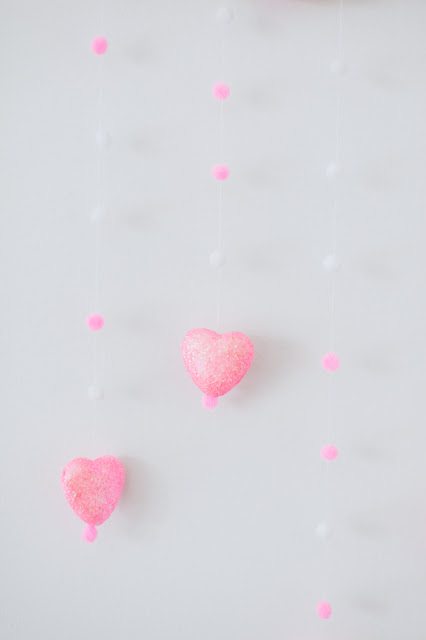 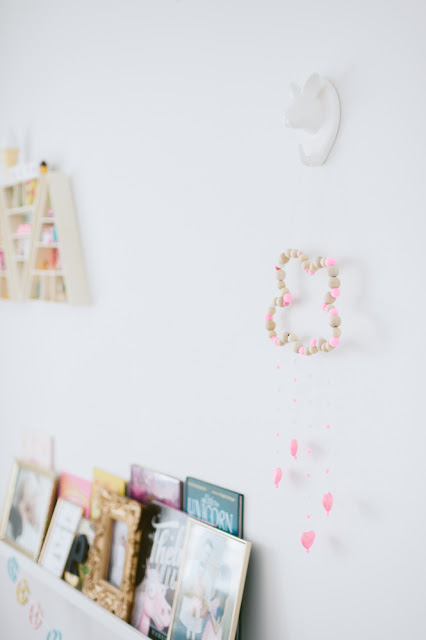 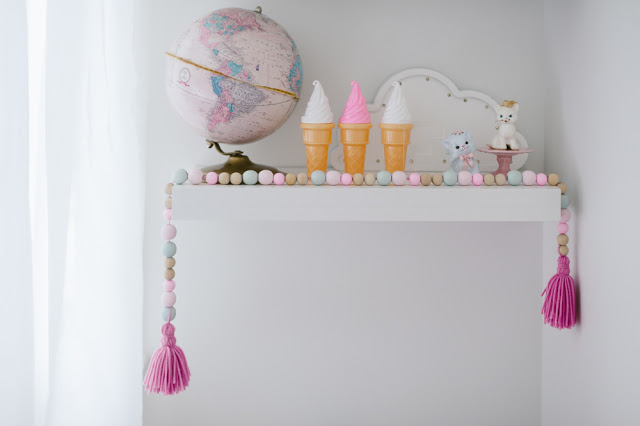 These are the beads painted, I LOVE the look with the pastels and raw wood! 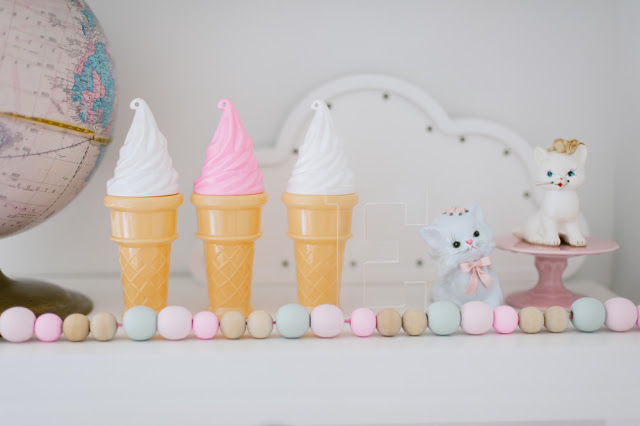 And the other cloud mobile I made…more on that later… 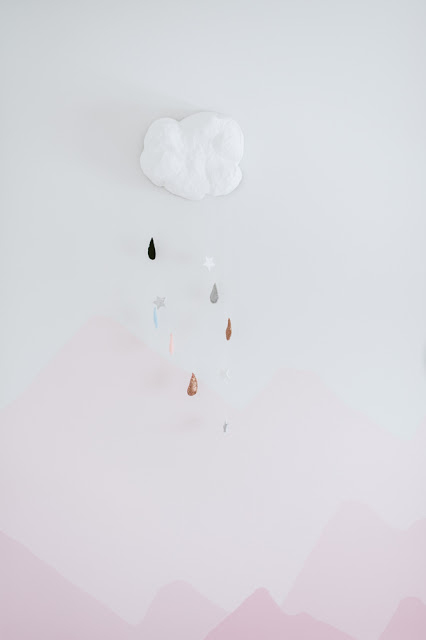