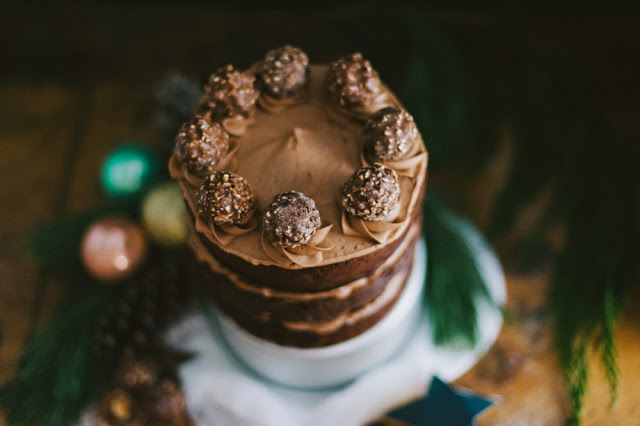 I love Ferrero Rocher (duh). And chocolate. And cheesecake. And cake. So why
not mix them all together into one giant ball of deliciousness. I still
had quite a few leftover Ferrero Rocher’s from my little Pastel Christmas Brunch,
so I decided to make the yummiest of desserts and incorporate them. I
really love hazelnut anything, and this cheesecake cake incorporates
Nutella to get that perfect flavour.
Of course I am not the first person to think of such a fabulous idea, I
found a few online that I liked and modified them. I actually used a
chocolate cake recipe that I have in one of my cookbooks, so you could
use your favourite recipe, or try the one here. For the Nutella cheesecake layer, I used this,
and halved it. I decided to go with a taller cake, so I used 2-6 inch
cake pans and 1-6 inch springform pan instead of 9 inch ones, but you
could do that one if you would like a much larger cake. For the icing I
used this recipe for Chocolate Nutella Cream Cheese Buttercream, and it is so yummy! I also added some crushed Ferrero Rocher Chocolates.
Bake and cool 2 cake layers, 1 layer of cheesecake, chilled, and
buttercream. To assemble Ferrero Rocher Chocolate Cheesecake Cake, place
first cake layer, (I level off with my cake cutter) on a cake stand or
plate. Place a layer of buttercream with Ferrero Rocher layer on top of
the cake and then add the cheesecake layer. Ice a layer of buttercream
on top of that. Then add the last chocolate cake layer.  Ice the top of
your 2 tier cake with some buttercream. I then used a decorators bag
fitted with a 1M tip and made little swirls evenly spaced along the edge
and topped each with a full Ferrero Rocher. Tadaa!
TIPS:
-I always parchment paper my cake pans, it make for perfect sides when
you remove from pan. You can find a tutorial on how to do that here if you aren’t sure how.
-I put my cheesecake in the freezer in the pan after letting it cool so
that it got very stiff, as to not buckle under the top layer.
-I put my buttercream in a decorator’s bag and make circles starting on
the outside, and then use an offset cake spatula to spread it out
evenly. This is not necessary but I find it makes it a bit more even and
prettier 😉 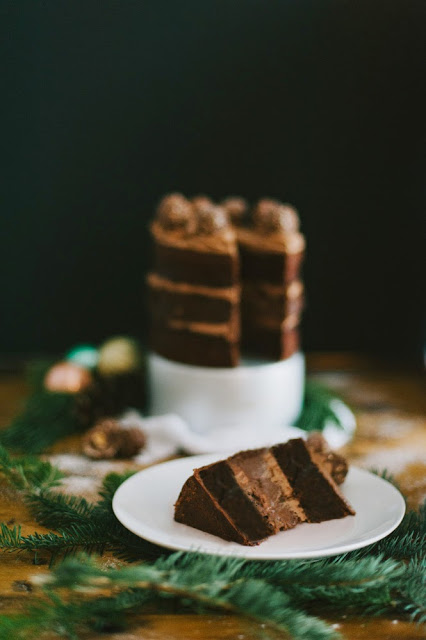 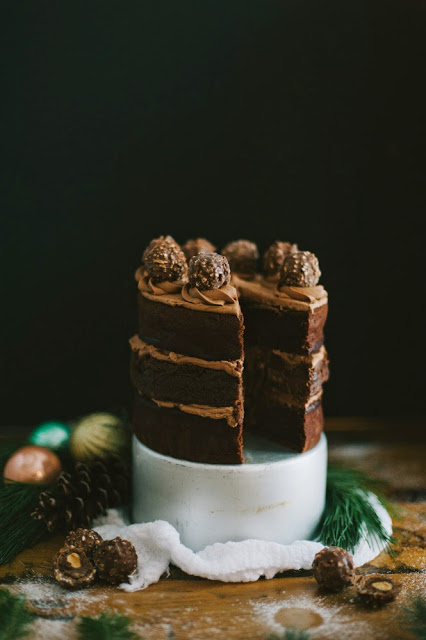 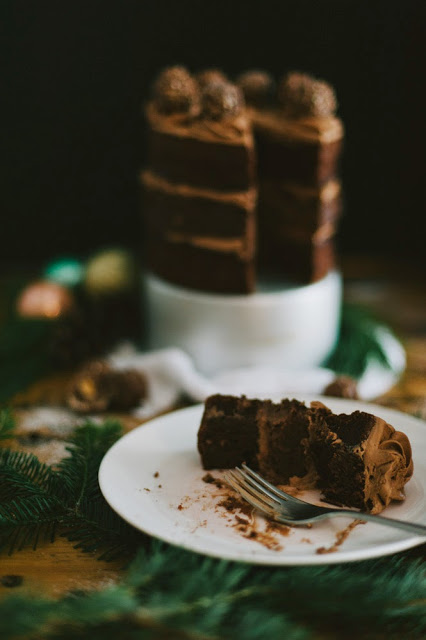 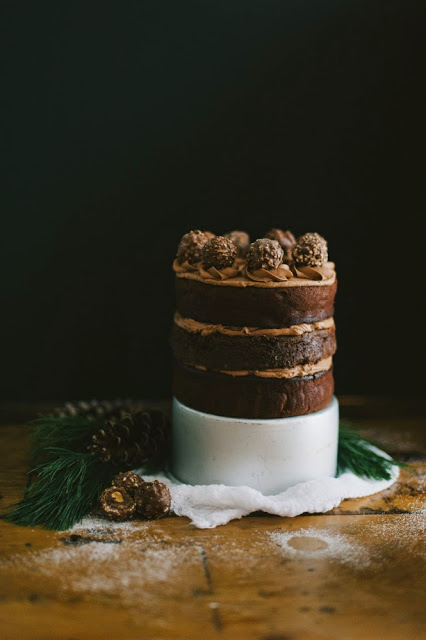 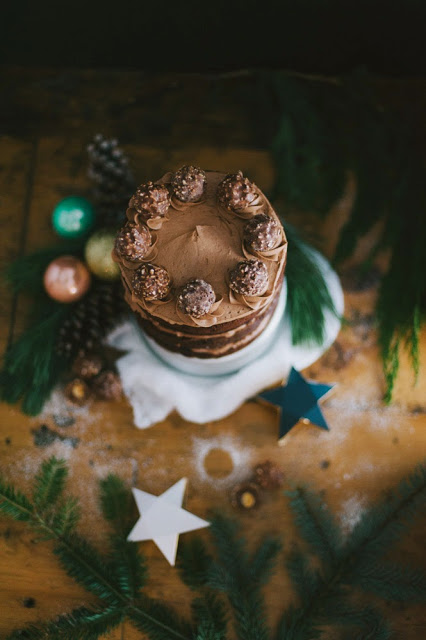 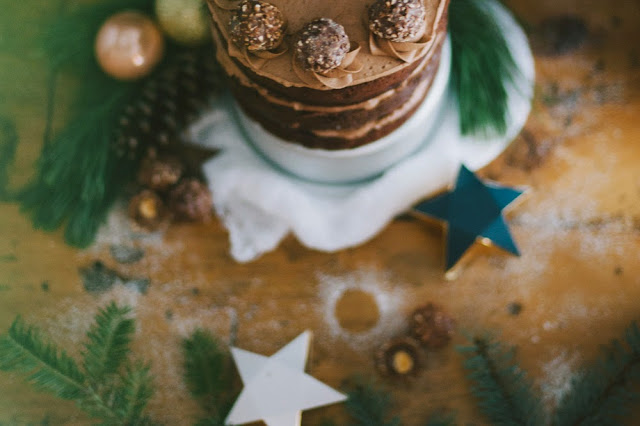 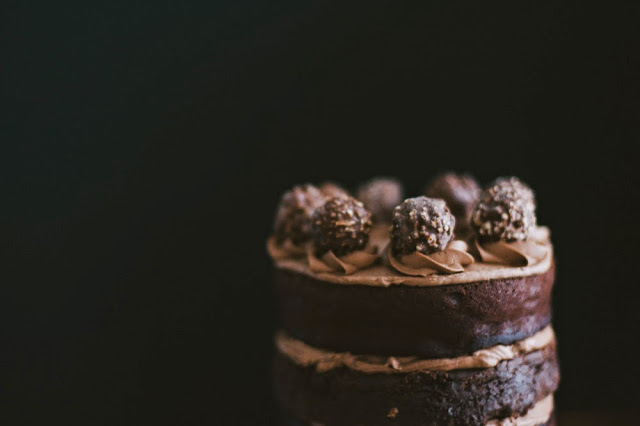 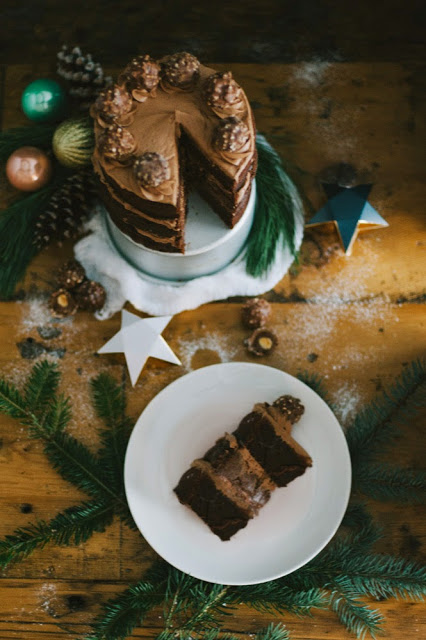 Here’s the photo setup for those who asked!
xoxo love, 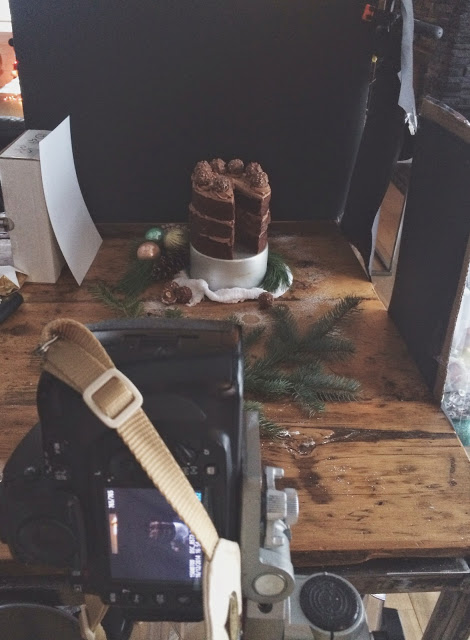 I used a black piece of foamcore as the backdrop and two smaller pieces
on the sides, with an opening  to allow light to fall onto my objects. I
couldn’t find my reflector at that moment so I just used a piece of
white paper to bounce a little bit of light onto the left side. It was a
pretty gloomy day, so I decided to go for a bit of a darker look and am
very happy with how it turned out.